Books for Teachers and Students 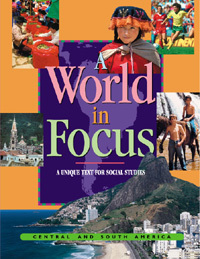 Dance of the Swan: A Story About Anna Pavlova

Anna Pavlova danced around the world at the turn of the 19th century, but even today she is considered by many to be the greatest ballerina ever to grace a stage. With the zeal of a missionary, Pavlova, the petite Russian ballerina, introduced the soaring beauty of classical dance to people the world over.

For readers in grades 3 through 6. Hardcover.
Click here to order.

Her Piano Sang: A Story about Clara Schumann

"Written in a clear and lively style, Her Piano Sang gives young readers insight into a female musician and composer of the romantic period...A worthwhile purchase."
School Library Journal January, 1997

At the age of nine, Clara Wieck gave her first public performance as a concert pianist. She played beautifully. When the concert was over, she felt as if she were dancing on a cloud.

As she grew older, Clara's concerts took her all over Europe. Audiences adored her, and she became friends with other famous musicians--including her father's student, Robert Schumann. Robert and Clara fell in love and eventually married. Robert took some of Clara's melodies and shaped them into compositions, and Clara performed his pieces, introducing them to new audiences.

Throughout her life, Clara Schumann's performances set the standard for piano music. The greatest composers of her time--impressed with the power and beauty of her playing--wrote music for her. Clara was a pianist, composer, mentor, and inspiration to the romantic movement that was her life. She made the piano sing.

Her Piano Sang was chosen by the Library of Congress to be put into Braille.

For readers in grades 3 through 6.
Hardcover and paperback.

A World in Focus: Central and South America

Central and South America offers students and teachers a new perspective on social studies. With an exciting format that features full-color photographs, maps, pie charts, bar graphs, special sidebars, and activities, the text offers a highly engaging and up-to-date look at the people, places, and cultures of Central and South America.

For grades 5 and up. Ages 10 and up. 96 pages. Full color. Maps, charts, graphs. Activities, questions. Paperback.
Click here to order!

"Grandpa's Bees" in Chicken Soup for the Kid's Soul

"Grandpa's Bees" is a true story about my family. Grandma told me about the bees one autumn afternoon as we sat in her kitchen, eating delicious squash pancakes with homemade applesauce. Her story was a reminder that we never lose the ones we love.

Chicken Soup for the Kid's Soul is a New York Times Bestseller for kids ages nine through thirteen.

A World in Focus: Central and South America
Teachers! Click here for an introductory activity.